Yesterday sitting in church the Pastor preached about the future, and the message was directed right at me.

A few years ago my husband and I went to the infertility doctor hoping to have a baby. A week later the doctor called me and said, I am sorry I can’t help you. Talk about being devastated. I was so devastated that I could not look at a pregnant woman or even be around a new born baby I would turn my head the other way it was heart breaking.

A little over a year ago I felt led to go to the local pregnancy resource center close to the church that my husband and I attend. I had gone in there only to see what our church could do to help them. Talking with the director that day I began to feel much compassion for what they do at the center. I filled out the paperwork to see what I could do to help them, and they called me back in August of last year to see when I could start coming in for training at the center. It has been a long year, and I am just now getting finished with my training.

The miracle in this is that I can now look at a pregnant woman and it brings me much joy when I see a newborn baby. God has taken what was so devastating to me and is turning it around for his glory.

If you are just reading one of my articles for the first time, I would like to share with you the short version of my story. I am an adult adoptee. I grew up knowing that I was adopted. When I was 35 years old, I found my birth mother through a social worker in the state that I was born, and that is when I found out the truth of my conception. I found out that I was conceived from rape, saved from an illegal abortion at a planned parenthood clinic, and placed for adoption. My biological great aunt tried to coerce my birth mother into having an illegal abortion at a planned parenthood clinic, but my birth mother stood her ground and knew that there was life growing inside her womb. She did not want to destroy the plans that God had for my life. For that, I am so grateful.

Not that long ago the director of the pregnancy resource center came to me with a situation and asked me what day I could come in to start counseling women who are in a crisis. I am an extra emotional person, to begin with, and over the last few days, my emotions have been going all over the place. I will admit I am scared, nervous, got fear staring me right in the face. And I have been questioning God can I do this? My husband and I don’t have children, and I never had an abortion.

Going back to this past Sunday at church on the way to church in the evening I started thinking about people in the Bible who God used, and at the time it didn’t make any sense. Abraham is one of them. God told him he would be the father of many nations, and his wife was barren, but God gave them a son 25 years later. God also told Abraham to get up and go, and God didn’t tell him where to go just to go, and God would tell him on the way where to go. Noah is another one. God told Noah to build an Ark. The Bible doesn’t say how many years it took for Noah to build the Ark, but many Bible Scholars say about 120 years it took to build before the flood. So many stories in the Bible where things didn’t make sense to man, but it made sense to God. They had to trust God. In the evening service, I heard to other messages that were for me. After listening to all three sermons if I had a title for all three sermons it would be titled, “When does God ever make sense?”  I know God is going to use me at the center to be a light to many people, but since I do not have any children and never had an abortion does it make sense to me. While it’s not making any sense to me, it makes sense to God, and I just have to trust him, and I know he is with me and will help me. 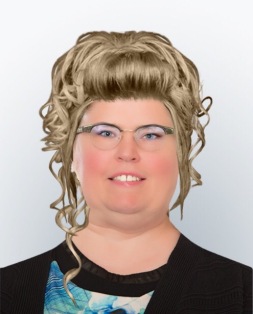 Sherry Hensley is a Pro-Life Speaker in Maryland-Conceived in Rape, saved from an illegal abortion. She is married to Fred Hensley. Sherry enjoys inspiring others and sharing her faith. Fred and Sherry attend Bethel Christian Center in Havre de Grace, Maryland.