According to Wikipedia, the definition for self-defense is a countermeasure that involves defending the well-being of oneself or of another from harm.

Chris Christie, I am an adult adoptee, and it was eight years ago that when I decided to search for my birthmother, that I found out I was conceived from rape. Yes, she was raped, but she used Self-Defense. She protected the well-being of another person from being harmed, the life of her baby. While she had the pressure of her aunt to abort me she did not give into the pressure and protected me from the most horrific harm that many preborn babies face abortion.

While I write this, I am using self-defense. I am using a voice that others don’t have and taking a stand to defend the lives of my peers who are in the womb. I am also taking a stand to let people know that those of us conceived from rape won’t tolerate being talked about negatively. If you are going to talk about those conceived from rape, talk about how much our lives matter, show us respect.

Chris Christie, why do you have to be so hard-hearted towards us? What if your mother was raped and aborted you? You would not be a governor, you would not be running for president, you would not have been able to do the things that you have done in your life to get to where you are today.

Chris Christie, while you degraded those conceived in rape at the GOP Debate, I have another question for you. What makes you so special that you were born?

I know why I am special because God created me in his image to bring healing to my birthmother, to fulfill God’s plan for my life, to be a gift to my parents. And most importantly I am so special to My Heavenly Father, Jesus Christ who loves me more than anyone and paid the price for my sins on the cross at Calvary.

Last Night listening to the Assistant Pastor preach on this titled I thought about some things. I went up to him after church, and I told him that while it did not work out, someone called me on Saturday Night and wanted me to go a different state on Monday and Testify. I look at it as an honor for this person to think of me and call me.

I have also been thinking about other things as well. Jesus Christ came to serve, and he went to places where people needed healing, needed deliverance, needing to hear his voice.

Since I have been sharing my rape conception story, I have come across many people, and we share our stories, and educate to change the hearts and minds of people.

I live in a very liberal state, and God has got me in a position to not only where I can share my story but meet people in the political world.  You ask me why am I getting involved with a state that supports exceptions in their pro-life bills? Well, I may be the only Jesus that these people will see, and they will see a difference through the way I act around them and through me sharing my story their hearts and minds will be changed. It is my prayer that one day the state that I live in will one day turn around and only support personhood. I don’t know about you, but I serve a God, who can do exceedingly, abundantly above what we ask or even think.

Growing up, I was taught that male and female were created in the image of God. Life is a sacred gift and should be valued with the highest respect. It saddens me that we live in a world where life is not valued. As a nation we have lost more than the value of life, we have turned our back on God, we recently now allow same sex people get married, we have abortion which is the Holocaust of our day.

In 1966, Mississippi, became the first state to legalize abortion only in cases of rape. Babies conceived in rape have been the scapegoat from the beginning. People who were conceived in rape we get called so nasty things. We get called “the rapists child, the evil seed, the product of a rapist. We get referred to as gerbils eating their young.

I found out in January of 2008 that I was conceived in rape, and since August of 2014 I have been sharing the story. Just recently I was referred to as a gob of goo.

Just recently, while reading an article on www.lifesitenews.com by Ben Johnson. Lindsey Graham, (R) Senator from South Carolina recently said, On today’s “Morning Joe” program on MSNBC, Sen. Lindsey Graham, R-SC, told Mike Barnicle that Ted Cruz and Marco Rubio are unelectable in the fall, because they do not make enough exceptions for abortion. Graham also said, “If a woman is raped in Ted Cruz’s world, she’s going to have to carry the baby of the rapist. I’m pro-life, but I won’t go there.

Lindsey Graham, I would like to tell you I was conceived in rape and as my husband will say put ten people in a row and let me guess which one was conceived in rape. You can’t tell. My husband also says if God did not want my conception to take place, he would have stopped the conception from happening, but he didn’t. I was born to fulfill the plan that God has for my life.

Lindsey Graham, I am so glad that we have people like Ted Cruz and Marco Rubio understand that being pro-life is protecting all life.  My question to all those that won’t speak up and take a stand that all life should be protected is. What makes you all so special that you were born? 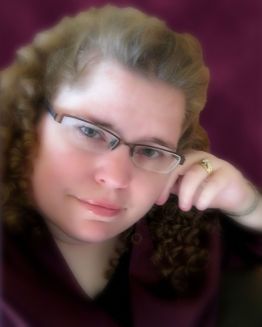